What We Learned Friday

Share All sharing options for: What We Learned Friday 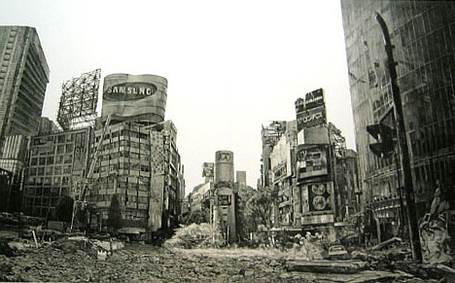 Consider that, less than 24 hours before the moment I'm writing this, indeed little more than 12 hours before this moment, the situation in the world of SEC basketball was this:

To say the least, the situation has changed dramatically. Kentucky no longer has the basketball coach fans didn't want, that being Billy Gillispie; Alabama has its man; and Georgia is now at least one rung lower on the ladder for coaches looking to move up.

Acknowledging my lack of knowledge about basketball, I still think it's safe to say that the events of today have the potential to be transformative for SEC basketball. Today will likely be seen as the first day of Kentucky rebounding from a mistake and returning to form or as a sign of its slide into late-90s/early-00s Alabama football territory -- a great program living under the delusion that the ground has not moved and that it still the most desirable job in the universe.

Meanwhile, Alabama's future as a program has already been decided, though we do not yet know the direction in which it is headed; Georgia's final choice for the top job -- and thus its future -- might yet be radically altered if the Wildcats go after Mike Anderson.

I think it's safe to say that Billy Donovan is likely a lifelong Gator; he would never have allowed protege Anthony Grant to take a job at Alabama if Donovan was even thinking about jumping ship. That Grant's announcement came just hours after Billy Gillispie's dismissal from Kentucky and Billy Donovan's denial of interest in the Wildcats job is no coincidence.

The biggest question now -- no offense to Georgia fans -- is who Kentucky will find to lead it. There are some names that will be thrown out that I think can pretty easily be dismissed. Obviously, Donovan. South Carolina head coach Darrin Horn will be mentioned, but he had previously downplayed his Kentucky childhood fandom and seems more like an intrigued observer than potential candidate. (HT: Garnet and Black Attack) Horn's slender if impressive resume is also probably not acceptable to Kentucky fans. John Calipari, the vogue choice right now, would have to weigh whether he wants to leave Memphis and the cushy C-USA, where he can (to borrow Pete Carroll's phrase) win forever and with less pressure on him to do so. John Pelphrey went 2-14 this year at Arkansas, which will do little to endear himself to the Big Blue Nation.

That could put Kentucky on a collision course with Georgia's two front-runners: Anderson and Oklahoma State's Travis Ford, who is of this writing running almost even with Calipari in a fan poll and getting some positive buzz at Kentucky.com.

In any case, as DawgsOnline points out, it makes little difference whether the Wildcats are working from the same candidate pool.

Even if Kentucky doesn't hire someone from Georgia's list, the domino reaction set off by the Kentucky hire could reduce or change the pool of available and interested candidates. It's also likely to slow up the process since some candidates and agents will wait until after Kentucky moves before pursuing offers elsewhere.

Oh, and Jim Calhoun might retire. Not that anyone would want the UConn job or anything.

There might be different repercussions at other SEC programs, as Rocky Top Talk argues: The ratcheting up of expectations and increasing quality of coaching at multiple conference schools can lead to tumult.

One loose end to tie up. What I find amusing is the effort by some Kentucky fans to make this "not about winning or losing" but about Gillispie not "getting" the UK "culture."

If Gillispie didn't play by the Wildcat rules, all it means is that he wasn't insulated when the hard times came. If Kentucky were en route right now to the Elite Eight, the talk would be of contract extensions, not why he was fired. Sure, the boosters were more likely to give him the heave-ho because he wasn't UK's "type," but the reason they did let him go was because he wasn't winning.

On the other hand, I find fascinating the dissection of the conflict by level-headed UK fan Tru at A Sea of Blue.

With that said, it is perfectly clear that the University of Kentucky in general and Mitch Barnhart in particular did very little to help Gillispie succeed.  It looks to me like the AD and many in the athletic department as well as in the local media decided early on, perhaps as early as last December, that they had little use for this bumpkin from Texas, and were perfectly happy to leave him to his own devices and even encourage his demise.

It might be impossible to tease out how much Gillispie's record and this culture clash each had to do with his dismissal.

Then again, I don't think finding the answer would come as much consolation to either Kentucy fans or Gillispie.