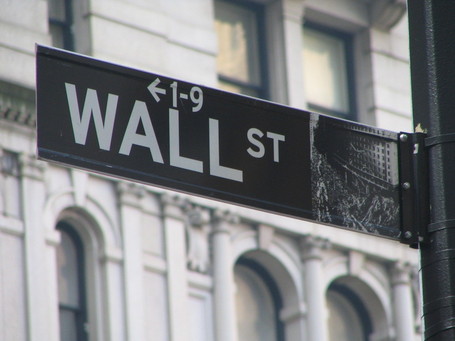 Auburn took a hit after the bad loss to Arkansas, but the Razorbacks were a colossally bad match up for the Tigers. Now that a lot of people are dumping Auburn stock, it's time to get some on the cheap. It's unlikely that Kentucky's backup QB Will Fidler will challenge the secondary to anywhere near the same degree that Ryan Mallett did, and they have a great shot at outscoring LSU in two weeks. If you believe in the Tigers to any degree, you probably won't get a chance to buy them any lower than this.

First of all, if you own any Tennessee stock you should sell some now and take some profits. Any time you get this big a jump in one week, you have to shave some off the top and enjoy the spoils.

Now's not the time to get more if you want more though. Tennessee will enjoy the afterglow of their 45-19 win over Georgia throughout this week's bye, and justifiably so. However, there's a chance Georgia won't look so hot on the road this weekend against Vanderbilt, which would take some luster off the win, and then on Monday or so folks will notice that UT has Alabama on the 24th.

Once people are jettisoning UT stock because of the Bama game, be there to snap some up. They have two weeks to prepare while the Tide have to deal with South Carolina this week. Moreover, Alabama runs a pro-style offense and few people in this league are more qualified at stopping pro-style offenses than Monte Kiffin is. I'm not calling for the upset, because I think Alabama's defense will probably win the game, but Tennessee will play them pretty close, and then you'll have another shot to sell some high if you wish.

Arkansas' stock is really high right now like Tennessee's is after a big win, but the Razorbacks don't have the luxury of a bye week to revel in the victory. They now have to go to the Swamp against the best defense in the country. Unlike the pillow-y soft Auburn secondary, Florida has at least four guys in the regular rotation (Haden, Jenkins, Wright, and Hill, maybe Black) who will play in the NFL.

This weekend's contest could have been a classic trap game for UF after the big road win at LSU, but the way that Arkansas beat Auburn ensures the Hogs will have Florida's full attention. If the Gators win handily, Arkansas' stock will fall some. That's when you get more in advance of a potential win over Ole Miss and a sure blowout over Eastern Michigan.