As part of my usual pre-Christmas ritual of going through all the Christmas episodes of SportsNight and The West Wing, tonight I watched "The Six Southern Gentlemen of Tennessee." For those unfamiliar with the SportsNight episode, it's a perfect example of what happens when race and college football mix.

And so we come to Charles Barkley.

Barkley, for those just returning from a moon voyage, recently held forth on his alma mater's decision to hire Iowa State head coach Gene Chizik to lead the Tigers' football team instead of Buffalo head coach Turner Gill.

I think race was the No. 1 factor. You can say it's not about race, but you can't compare the two résumés and say [Chizik] deserved the job. Out of all the coaches they interviewed, Chizik probably had the worst résumé.

First of all, delete the first 16 words of the quote and begin with "you can't compare..." Is there anyone who honestly believes Barkley's statement is wrong? Show of hands: Who thinks Gene Chizik is more qualified for the head coaching position at Auburn than Turner Gill? 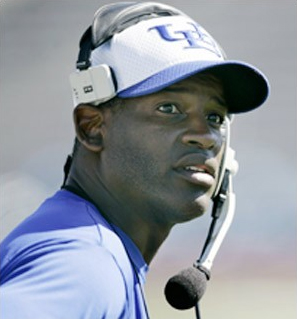 So the qualitative basis for Barkley's analysis -- Chizik is objectively a worse coaching candidate than Gill -- is sound. That means we have to look at the next step in the analysis -- i.e., why did Auburn hire Chizik rather than Gill?

Anyone approaching the topic of race in the South has to do so gently. Northerners and other folks from outside tend to exaggerate the importance of race in Southern life and also tend to miss a great deal of nuance in race relations in the region. (Part of this is because of the racial issues that still exist in the rest of the country as well, but that's a topic for another day.) Any time a black man doesn't get a head coaching job in the South must mean that the school, its administration and its fans are horrible racists.

Those of us born and raised below the Mason-Dixon, meanwhile, tend to place far too little emphasis on race and it dominant role in the history of the South. Many of us see those who complain about racial problems as rabble-rousers or sore losers or people who can't deal with the fact that legal segregation ended decades ago.

Somewhere between those two extremes lies that infamous "truth in the middle." In this case, that truth is: Racism is not a major factor in establishment decisions the New South. But race retains its influence over everyday events and significant choices. You don't have to be "racist" in the classic sense (believing those of a particular race are or should be inferior to those of another race) to allow race to shape your thinking. Here we get into "institutional racism" and the legacy of slavery, discrimination and hatred.

A company that for years had a policy of not promoting black workers to be assistant managers, for instance, is not likely to consider a lot of black workers for manager positions even if its philosophy on race has changed, because the pool of in-house black workers with the desired experience is not very deep. (Yes, this is an oversimplification, but work with me here.)

What does this have to do with the situation at Auburn? Everything. (No, I'm not dealing with Mississippi State and Dan Mullen, because the Bulldogs needed an offensive-minded coach. Hiring Charlie Strong, who by all rights should be a head coach somewhere by now, would make no sense for Mississippi State. Mullen, black or white, was a good choice for that job.)

Jerry at The Joe Cribbs Car Wash makes a compelling case that the culprit here is not out-and-out racism, mostly because self-interest would mitigate against any racism.

Fail [Jay] Jacobs was apparently under any number of misapprehensions during this coaching search, but I think it's still safe to say that one of them was not that his job isn't on the line here. You know it, I know it, he knows it. You're telling me that even if he believed Gill would win more football games at Auburn, he'd willingly put his dream job at increased risk just because he's that opposed to interracial marriage? [Gill has a white wife.]

No; racist or not (and I have no reason to believe that he is), Jay Jacobs did not snub Turner Gill because the Buffalo head coach is black. On the other hand, Dennis Dodd (yes, I'm quoting him) makes a strong argument that Chizik, in a way, got the job because he's white.

This is the question you need to ask yourself as we near the end of another coaching search silly season: Would Gene Chizik have been hired at Auburn if he were black?

The answer, of course, is no. Not in this environment. Not with his record. ...

In the end, Auburn found someone it could control and fit a narrow job description.

Now we're getting somewhere. If I had to guess, my bet would be that Auburn's decision had more to do with cronyism than with racism. But here we trip over race once again. Few of the credible candidates with whom Auburn's leadership cabal would be comfortable are black. Most of Tuberville's most recent coordinators -- the ones most likely to give in to demands of extraordinary influence by Jay Jacobs and/or Bobby Lowder and his ilk -- are white. This ignores the fact that Jacobs and others involved in the search are white and so likely feel more comfortable (perhaps subconsciously) with a white man in any case.

All that said, I have no doubt that Turner Gill and his white spouse were a topic of discussion in the coaching search (or would have been if Gill were seriously being considered, which I doubt he was). Someone would pipe up and say, "But are our fans ready for a black coach?" Is that fair? No. Does it miss the fact that fans suddenly become much more tolerant when a black coach is winning? Of course.

But anyone hiring any coach for any job in America would be stupid not to at least consider the impact. In a perfect world, they hire the best candidate regardless of the consequences. But those consequences have to be weighed, in part because we live in an imperfect world.

So, no, Jay Jacobs did not look at Turner Gill and go, "Egads! A black man! We must not hire him!" That doesn't mean that race had nothing to do with the decision. It will probably never be possible to figure out how big a role skin color played; the only way to do that would be to read Jacobs' mind, a task no one is qualified for and few would likely volunteer for.

As for Gill, don't cry too hard for him; he's getting a nice raise because of all the buzz and will be at a school that appreciates him for what he does on the sideline and isn't terribly concerned about whom he marries. One hopes that another, more prominent program with the same tolerant attitude comes along as quickly as possible.