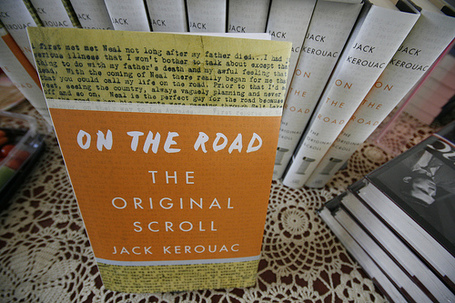 A story that has been getting some play around the country this week in some areas is the curious state of SEC home field advantage. Or lack thereof, as the case may be. Among intra-conference games, SEC road teams are 8-3 on this young season.

I've heard a few theories thrown around. I am a Charlotte resident, and the local afternoon sports talk host is Mark Packer (son of legendary curmudgeon/basketball announcer Billy Packer), a big college football nut who has Kirk Herbstreit on every week. The two of them discussed the idea that so many people grow up in the South hearing about the tough venues in the SEC that it doesn't matter to them anymore. They expect rowdy crowds, and have somehow developed a resistance to them.

Houston Nutt, engineer of both a road win and a home loss, says that there are fewer distractions on the road. He finds that being away from the hubbub and ticket requests makes it easier to focus.

Here's another thought though: maybe it's just a weird scheduling quirk. Hit the jump to look at all the conference games so far to help decide for yourself.

(Home teams in all CAPS)

VANDERBILT d. South Carolina, 24-17: It seemed fluky at the time, but not nearly as much now.

Georgia d. SOUTH CAROLINA ,14-7: The better team won, but the home team gave them everything they could handle. A hard-fought road victory.

Auburn d. MISSISSIPPI STATE, 3-2: The game that launched a thousand baseball score jokes. The better team won, but it did so in about the ugliest fashion possible.

Vanderbilt d. OLE MISS, 23-17: It's difficult to say conclusively whether the Commodores or Rebels are the better team so far, though Ole Miss is more talented. Vandy was fortunate to pull out this road contest after gaining just 202 yards of offense.

Louisiana State d. AUBURN, 26-21: The better team won this in a close and thrilling fashion.

Ole Miss d. FLORIDA, 31-30: The Rebels make just enough big plays to offset a slew of pedestrian ones in a classic trap game loss for the Gators.

Alabama d. GEORGIA, 41-30: Not as close as the score indicates. Throw out your preseason bias; right now, it looks like Alabama is the better team.

LOUISIANA STATE d. Mississippi State, 34-24: The better team won, though the Bulldogs were friskier than most imagined they'd be.

AUBURN d. Tennessee, 14-12: The real losers were the people who had to suffer through watching this punt fest. Auburn is the better team though.

It appears that in eight of the 11 intra-conference games, the better team won. In two others (Vandy versus SC, Vandy versus Ole Miss) I'm not fully sure whether the best team won because I'm not sure how good Vanderbilt is yet. Florida lost to a lesser team in a trap game after beating a rival convincingly.

As it turns out, it probably was a scheduling quirk that caused the road teams to feast early. The better teams by and large are winning games regardless of location, and many of the lesser home teams have put up good fights.

It's not time to write off home field advantage in the conference just yet.